Even before the covid-19 pandemic and the resulting collapse of much the world’s economy, a crisis in capitalism was plainly evident. Unfettered free markets had pushed inequality of income and wealth to extremely high levels in the United States. Slow productivity growth in many rich countries had stunted financial opportunities for a generation. Businesses, if no longer quite oblivious to global warming, seemed impotent to make changes that might slow it.

And then came the pandemic, with millions losing their jobs, and then the raging wildfires, fueled by climate change, that blazed up and down the US West Coast. All the simmering signs of a dysfunctional economic system suddenly became fully evident, full-blown disasters.

No wonder many in the US and Europe have begun questioning the underpinnings of capitalism—particularly its devotion to free markets and its faith in the power of economic growth to create prosperity and solve our problems.

The antipathy to growth is not new; the term “degrowth” was coined in the early 1970s. But these days, worries over climate change, as well as rising inequality, are prompting its reemergence as a movement.

Calls for “the end of growth” are still on the economic fringe, but degrowth arguments have been taken up by political movements as different as the Extinction Rebellion and the populist Five Star Movement in Italy. “And all you can talk about is money and fairy tales of eternal economic growth. How dare you!” thundered Greta Thunberg, the young Swedish climate activist, to an audience of diplomats and politicians at UN Climate Week last year.

At the core of the degrowth movement is a critique of capitalism itself. In Less Is More: How Degrowth Will Save the World, Jason Hickel writes: “Capitalism is fundamentally dependent on growth.” It is, he says, “not growth for any particular purpose, mind you, but growth for its own sake.”

That mindless growth, Hickel and his fellow degrowth believers contend, is very bad both for the planet and for our spiritual well-being. We need, Hickel writes, to develop “new theories of being” and rethink our place in the “living world.” (Hickel goes on about intelligent plants and their ability to communicate, which is both controversial botany and confusing economics.) It’s tempting to dismiss it all as being more about social engineering of our lifestyles than about actual economic reforms.

Though Hickel, an anthropologist, offers a few suggestions (“cut advertising” and “end planned obsolescence”), there’s little about the practical steps that would make a no-growth economy work. Sorry, but talking about plant intelligence won’t solve our woes; it won’t feed hungry people or create well-paying jobs.

Still, the degrowth movement does have a point: faced with climate change and the financial struggles of many workers, capitalism isn’t getting it done.

Even some economists outside the degrowth camp, while not entirely rejecting the importance of growth, are questioning our blind devotion to it.

One obvious factor shaking their faith is that growth has been lousy for decades. There have been exceptions to this economic sluggishness—the US during the late 1990s and early 2000s and developing countries like China as they raced to catch up. But some scholars, notably Robert Gordon, whose 2016 book The Rise and Fall of American Growth triggered much economic soul-searching, are realizing that slow growth might be the new normal, not some blip, for much of the world.

Gordon held that growth “ended on October 16, 1973, or thereabouts,” write MIT economists Esther Duflo and Abhijit Banerjee, who won the 2019 Nobel Prize, in Good Economics for Hard Times. Referencing Gordon, they single out the day when the OPEC oil embargo began; GDP growth in the US and Europe never fully recovered.

The pair are of course being somewhat facetious in tracing the end of growth to a particular day. Their larger point: robust growth seemingly disappeared almost overnight, and no one knows what happened.

Duflo and Banerjee offer possible explanations, only to dismiss them. They write: “The bottom line is that despite the best efforts of generations of economists, the deep mechanisms of persistent economic growth remain elusive.” Nor do we know how to revive it. They conclude: “Given that, we will argue, it may be time to abandon our profession’s obsession with growth.”

In this perspective, growth is not the villain of today’s capitalism, but—at least as measured by GDP—it’s an aspiration that is losing its relevance. Slow growth is nothing to worry about, says Dietrich Vollrath, an economist at the University of Houston, at least not in rich countries. It’s largely the result of lower birth rates—a shrinking workforce means less output—and a shift to services to meet the demands of wealthier consumers. In any case, says Vollrath, with few ways to change it, we might as well embrace slow growth. “It is what it is,” he says.

Vollrath says when his book Fully Grown: Why a Stagnant Economy Is a Sign of Success came out last January, he “was adopted by the degrowthers.” But unlike them, he’s indifferent to whether growth ends or not; rather, he wants to shift the discussion to ways of creating more sustainable technologies and achieving other social goals, whether the changes boost growth or not. “There is now a disconnect between GDP and whether things are getting better,” he says.

Though the US is the world’s largest economy as measured by GDP, it is doing poorly on indicators such as environmental performance and access to quality education and health care, according to the Social Progress Index, released late this summer by a Washington-based think tank. In the annual ranking (done before the covid pandemic), the US came in 28th, far behind other wealthy countries, including ones with slower GDP growth rates.

“You can churn out all the GDP you want,” says Rebecca Henderson, an economist at Harvard Business School, “but if the suicide rates go up, and the depression rates go up, and the rate of children dying before they’re four goes up, it’s not the kind of society you want to build.” We need to “stop relying totally on GDP,” she says. “It should be just one metric among many.”

Part of the problem, she suggests, is “a failure to imagine that capitalism can be done differently, that it can operate without toasting the planet.”

In her perspective, the US needs to start measuring and valuing growth according to its impact on climate change and access to essential services like health care. “We need self-aware growth,” says Henderson. “Not growth at any cost.”

Daron Acemoglu, another MIT economist, is calling for a “new growth strategy” aimed at creating technologies needed to solve our most pressing problems. Acemoglu describes today’s growth as being driven by large corporations committed to digital technologies, automation, and AI. This concentration of innovation in a few dominant companies has led to inequality and, for many, wage stagnation.

People in Silicon Valley, he says, often acknowledge to him that this is a problem but argue, “It’s what technology wants. It’s the path of technology.” Acemoglu disagrees; we make deliberate choices about which technologies we invent and use, he says.

Acemoglu argues that growth should be directed by market incentives and by regulation. That, he believes, is the best way to make sure we create and deploy technologies that society needs, rather than ones that simply generate massive profits for a few.

Which technologies are those? “I don’t know exactly,” he says. “I’m not clairvoyant. It hasn’t been a priority to develop such technologies, and we’re not aware of the capabilities.”

Turning such a strategy into reality will depend on politics. And the reasoning of academic economists like Acemoglu and Henderson, one fears, is not likely to be popular politically—ignoring as it does the loud calls for the end of growth from the left and the self-confident demands for continued unfettered free markets on the right.

But for those not willing to give up on a future of growth and the vast promise of innovation to improve lives and save the planet, expanding our technological imagination is the only the real choice. 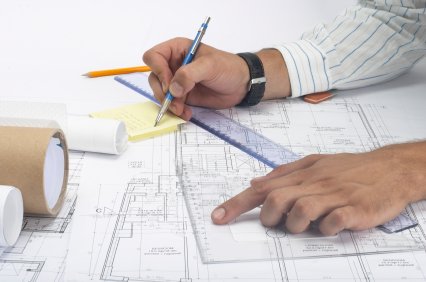