It may not be as glamorous as D2C, but beauty tech is big money

Bring new life to your lights with help from Govee

Worried about your firm’s AI ethics? These startups are here to help.

This Week in Apps: Parler deplatformed, alt apps rise, looking back at 2020 trends

Apps aren’t just a way to pass idle hours — they’re also a big business. In 2019, mobile-first companies had a combined $544 billion valuation, 6.5x higher than those without a mobile focus. In 2020, investors poured $73 billion in capital into mobile companies — a figure that’s up … Read more

Principles of care established for young adults with substance use disorders

Boston – A national group of pediatric addiction medicine experts have released newly-established principles of care for young adults with substance use disorder. Led by the Grayken Center for Addiction at Boston Medical Center, the collection of peer-reviewed papers was developed to guide providers on how to treat young adults with substance use disorder given their age-specific needs, as well as elevate national discussions on addressing these challenges more systematically.

Published in Pediatrics, the 11-paper supplement is the result of a convening of national experts in the treatment of young adults to determine the most important principles to address when caring for this unique population of patients with substance use disorder. Consensus was reached that each of the six principles of care “convey a commitment to compassion, therapeutic optimism and social justice.”

Another Uber spinout is in the works.

Postmates X, the robotics division of the on-demand delivery startup that Uber acquired last year for $2.65 billion, is seeking investors in its bid to become a separate company, according to several people familiar with the plans.

The startup is being referred to as Serve Robotics, a nod to the yellow and black-emblazoned autonomous sidewalk delivery bot that was developed and piloted by Postmates X. The Serve robot, which recently partnered with Pink Dot Stores for deliveries in West Hollywood, will likely be the centerpiece of the new startup.

Under the deal, which is being shopped to investors, the company would be run by Ali Kashani, who heads up Postmates X and leads the Serve program. Anthony Armenta would lead the startup’s software efforts and Aaron Leiba would be in charge of hardware — keeping the same positions … Read more

A vector refers to an organism that carries and transmits an infectious disease, as mosquitoes do malaria.

Lead compounds are chemical compounds that show promise as treatment for a disease and may lead to the development of a new drug.

Antiplasmodial lead compounds are those that counter parasites of the genus Plasmodium, which is the parasite that infects mosquitoes and causes malaria in people.

The study findings were published in Nature Communications on 11 January 2021, at a time when malaria incidence generally peaks after the holiday season.

Professor Lizette Koekemoer, co-director of the WRIM and the National Research Foundation SARChI Chair in Medical Entomology and Control, and an honorary member of the Centre for Emerging Zoonotic and Parasitic

A new cross-industry initiative is seeking to establish a standard for digital vaccination records that can be used universally to identify COVID-19 vaccination status for individuals, in a way that can be both secure via encryption and traceable and verifiable for trustworthiness regarding their contents. The so-called ‘Vaccination Credential Initiative’ includes a range of big-name companies from both the healthcare and the tech industry, including Microsoft, Oracle, Salesforce and Epic, as well as the Mayo Clinic, Safe Health, Change Healthcare and the CARIN Alliance to name a few.

The effort is beginning with existing, recognized standards already in use in digital healthcare programs, like the SMART Health Cards specification, which adheres to HL7 FHIR (Fast Healthcare Interoperability Resources) which is a standard created for use in digital health records to make them interoperable between providers. The final product that the initiative aims to establish is an “encrypted digital copy of … Read more

We asked, you told us: You don’t think Samsung should kill the Note series

Multiple recent reports have sounded the death knell for Samsung’s Galaxy Note series. Some say Samsung will completely ditch the phablet line in 2021 while others insist there might be one last Note on its way out next year.

Do you want Samsung to merge the Galaxy S and Note series?

Do you think Samsung should kill off the Galaxy Note series?

The OnePlus Nord series is brand new in 2020. As such, we don’t have years and years of history to look at when it comes to software upgrades, security support, etc. Up until now, that info has been all up in the air.

However, OnePlus recently confirmed to Android Central that the two newest Nord phones — the Nord N10 and Nord N100 — will only receive one software upgrade. Both devices ship with Android 10, which logically means … Read more

Leading open access publisher Hindawi has extended their partnership with The Charlesworth Group to include digital author marketing in China.

The services provided by The Charlesworth Group form part of a holistic package of solutions across the entire publication journey to support Hindawi’s author engagement strategy in China. Through this partnership, The Charlesworth Group are now providing Hindawi with comprehensive digital marketing, including a new Chinese website and search marketing campaigns. Charlesworth have provided WeChat account management services and media monitoring to Hindawi since early 2018 and have recently begun offering Hindawi authors optional expert editing services through Charlesworth Author Services.

Through offering these new services, together with the existing WeChat account management service, this partnership can offer deeper author engagement in the China market at a key time for Chinese researchers as institutions begin to map out their publications policy in 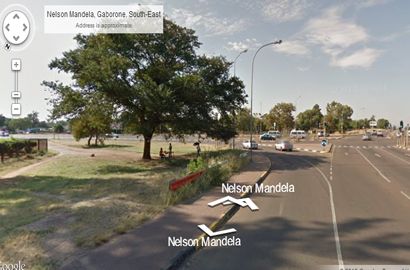