After all the leaks and teases, Lamborghini has finally announced its new hybrid-engine Countach.

Thankfully, almost everything you need to know about the car is in its model designation: LPI 800-4.

The first part is short for Longitudinale Posteriore Ibrido, referencing how the powertrain is mounted lengthwise toward the back of the supercar and the fact that it’s a hybrid.

Meanwhile, the two numbers point to the approximately 802 horsepower the Countach’s V12 6.5-liter engine and 48-volt electric motor can output together, as well as the fact that it has four-wheel drive.

All of that makes for one powerful car. The Countach can accelerate from zero to 60 miles per hour in less than three seconds and zero to 124 miles per hour in just under nine seconds. As for a top speed, you can push it to 221 miles per hour, and it has a maximum torque of 531 lb-ft. 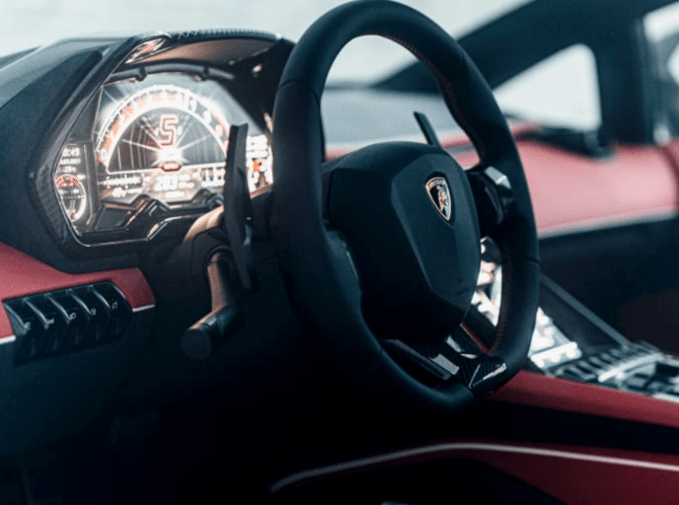 Powering the Countach’s electric motor is a supercapacitor Lamborghini claims delivers three times more power compared to a lithium-ion battery of the same weight. The automaker says it mounted the electric motor directly to the gearbox to preserve the feeling of power transfer you get from a V12 engine.

Carbon fiber makes up most of the chassis and exterior of the Countach LPI 800-4. “It imagines how the iconic Countach of the 70s and 80s might have evolved into an elite super sports model of this decade,” Lamborghini says of the design, which is more reminiscent of the Aventador than its original namesake. Inside, you’ll find an 8.4-inch touchscreen display that includes CarPlay integration and a button labeled “Stile.” Pressing it “explains the Countach design philosophy to its privileged audience.”

Speaking of a privileged audience, Lamborghini will only make 112 units of the Countach LPI 800-4. The press release the automaker sent over doesn’t even mention a price tag. It seems Lamborghini is keen on looking forward, but the Countach was too important not to acknowledge with a limited run.