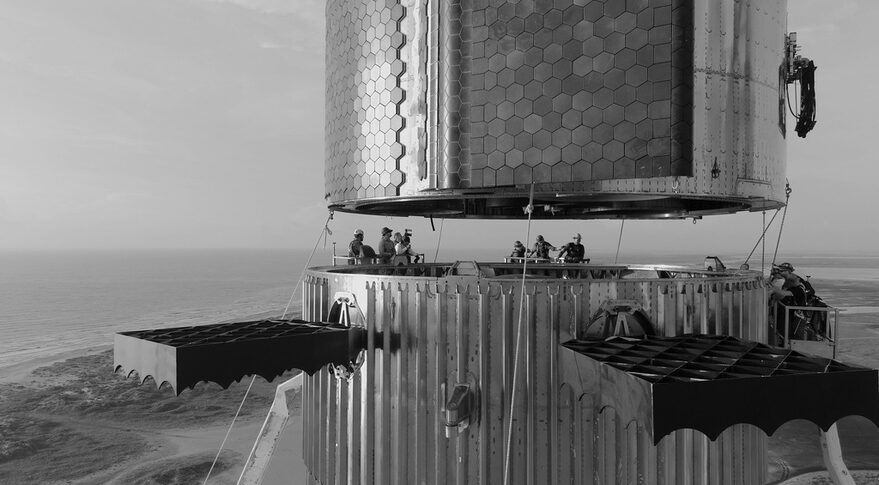 SpaceX CEO Elon Musk gave a talk at the National Academies’ first virtual joint fall meeting of the Space Studies Board and the Board on Physics and Astronomy on Wednesday night, followed by a Q&A session with Academy members on the technical and operational aspects of Starship, SpaceX’s ultra-super-heavy launch system.

First, the logistical details: Musk said he anticipates conducting the first orbital flight of Starship in January, followed by dozens or possibly more launches through the rest of the year. He added candidly that while the first orbital launch is not likely to be successful, he’s “comfortable” Starship will reach orbit at some point next year.

This is significant and not totally unsurprising. While Musk has made a handful of predictions before about when Starship might attempt an orbital launch, all of that has been dependent on the Federal Aviation Administration completing its regulatory review of SpaceX’s Boca Chica launch site, Starbase. Well now, the FAA has officially confirmed that it anticipates the review will be complete by December 31, so a January launch is looking more likely than ever.

Musk also reaffirmed his vision of Starship as a tool that can make humans truly multi-planetary for the first time in history. He described the vehicle as “a generalized transport mechanism for the greater solar system” — that means the moon, Mars and even beyond.

Rocket Lab was busy this week. First, the launch company announced it was acquiring spacecraft separation systems company Planetary Systems Corporation, Rocket Lab’s third acquisition in around 18 months or so. Then there was the company’s third-quarter earnings call. On Wednesday evening, the company — drumroll, please — successfully recovered the first stage of its Electron launcher for the third time.

Rocket Lab has successfully recovered the first-stage booster twice in its history. During all three flights, this booster made a splashdown via parachute. But Wednesday night’s recovery included an additional element: the presence of a helicopter, which hovered near the splashdown area to track and observe the booster as it made its descent. While the helicopter didn’t actually assist with recovery, its presence is significant, as it indicates that Rocket Lab is also a step closer to executing its ultimate reusability plan: using a parachute to slow the velocity of the booster and capturing it mid-air.

Finally, Rocket Lab finished out the week with even more news: It has entered into an exclusive license agreement with Johns Hopkins University to commercialize small spacecraft telemetry and control radio technology. It’s calling the software-defined radio product “Frontier-S by Rocket Lab.”

More news from TC and beyond

Blue Origin reportedly upped its offer to cover the costs of developing a lander for NASA’s Human Landing System program from $2 billion to $3 billion in an effort to receive a contract. NASA has said that budgetary issues were partly to blame for why it chose a single bidder — SpaceX — for the HLS contract.

Hydrosat, a geospatial data startup, has closed $10 million in seed funding to accelerate the commercialization of its ground temperature analytics product. The startup plans on sending a satellite equipped with a thermal infrared sensor to orbit next year.

Fleet Space raised $26.4 million in Series B financing led by existing investors Artesian Venture Partners, Blackbird Ventures, Grok and Horizons Ventures. The Australian startup is manufacturing and launching satellites for Internet of Things devices, with the goal of operating a 140-satellite constellation.

Inversion, a startup developing a space capsule to send and return small payloads from orbit, raised a $10 million seed round led by Spark Capital.

Northrop Grumman is leading a team that includes AVL, Intuitive Machines, Lunar Outpost and Michelin to design a crewed lunar terrain vehicle. That vehicle design will very likely be submitted as a bid to NASA for a forthcoming contract.

Sierra Space — the company that has plans to build a commercial space station along with Blue Origin, Boeing and others — has raised $1.4 billion in new capital, bringing its valuation to $4.5 billion. There were a lot of questions about how the company was going to finance the space station, and its Dreamchaser space plane and well… looks like we’re getting an answer.

Starlink satellite dishes have been spotted at some Supercharger locations. There’s been no comment from Tesla or SpaceX, but it’s a notable development.

The agenda for TC Sessions: Space is here

Check out a sneak peek of the early agenda by clicking here. Suffice to say, you won’t want to miss it.