Hello and welcome back to Max Q! There was a TON of space news this week so I won’t ramble too much, other than to remind you that many of the people mentioned below will be at TC Sessions: Space on the 14th and 15th! That includes Peter Beck, CEO of Rocket Lab, Nanoracks’ Jeffrey Manber, and many, many others. It’s going to be a really great event and we’d like for you to be there — more details are at the bottom of this post.

On Thursday, Rocket Lab finally gave a much-anticipated update on Neutron, its medium-lift launch system, and the company did not disappoint. Neutron features a number of surprising innovations in both operation and development that depart from other rockets of its class — I’ll go over a few here.

The first is the material used: Rocket Lab has chosen to go with carbon composites for the body of the rocket, eschewing metal alternatives. This is interesting because SpaceX famously ditched carbon composites for stainless steel for the Starship system, but CEO Peter Beck told me that the lighter structure offers huge advantages in weight and performance.

The other notable alteration I’ll mention here is the payload fairing. Traditionally, a rocket is stacked vertically, with the second stage sandwiched between the first stage on the bottom and the fairing on the top, like a nose cone. This is not the case with Neutron.

Instead, the company has decided to attach the fairing to the first stage and put the second stage inside it. When the rocket is ready to deploy payload, the fairings will mechanically open, like a weird alien flower or a big claw!

These are just a few details on the design — read the full story for more. 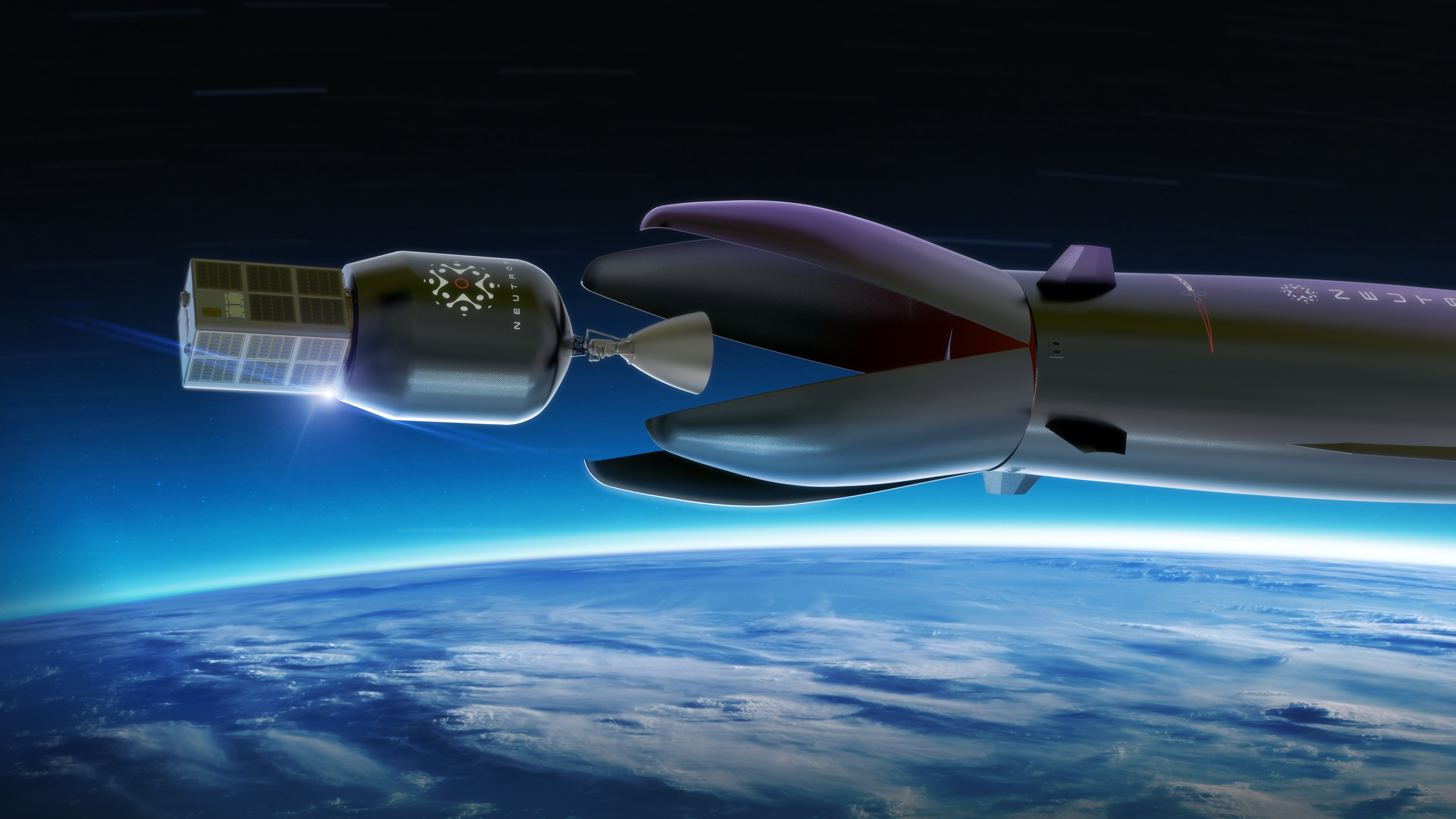 Big news this week in the world of commercial space stations: NASA has awarded more than $400 million in agreements to three companies to further develop designs for private destinations in low Earth orbit.

This first set of awards will help the companies develop their designs, work that is expected to continue through 2025. There will be a second phase of the program, where NASA intends to certify for human use one or more stations (from this group of companies or other entrants) and ultimately become one of many customers purchasing in-orbit services and use of the stations.

More news from TC and beyond

Astroscale raised a $109 million Series F to scale its on-orbit servicing technology, designed to extend the lifespan of satellites and reduce orbital debris. (The startup’s CEO and founder, Nobu Okada, will be joining us onstage at TC Sessions: Space 2021 this year.)

Isar Aerospace won an €11 million ($12.4 million) award from the German government and the German Aerospace Center to further the development of the startup’s Spectrum launch vehicle, in return for transportation services of up to 150 kilograms of payload on two separate flights.

Phase Four, a propulsion startup, has released the specs of its next-gen radio-frequency plasma thruster, which the company says offers key performance improvements to allow spacecraft using it a wider range of maneuverability in orbit.

Q-CTRL, a startup that provides quantum control engineering solutions, closed a $25 million Series B financing round led by Airbus Ventures. The company is developing space-qualified quantum sensors and exploration technologies for Earth and beyond.

SpaceX sent a batch of 48 Starlink satellites, plus two satellites for geospatial intelligence company BlackSky, to orbit Thursday evening. It marked the ninth mission for that specific Falcon 9 booster. Rewatch it here.

Join us for TC Sessions: Space

Check out a sneak peek of the early agenda by clicking here. Suffice to say, you won’t want to miss it.