For smartwatches, it’s Apple against the world. Per recent numbers from CounterPoint, the Apple Watch commanded more than one-third of global shipments in Q1. Samsung/Tizen’s own market share is a distant — but respectable — second place, with 8%. With Google’s Wear OS at fifth place at just under 4%, it’s easy to see both companies — utterly dominant in other categories — are itching for competitive advantages.

For Google, the answer is two-fold. First, the Fitbit acquisition effectively doubles its existing market. Convincing Samsung to return to Wear OS after a long time in the Tizen woods. For Samsung, a return to the Google operating system made sense from the standpoint of developer access — and the resulting apps. And hey, if it means Google gets to deal with the underlying support issues, that’s all the better.

Samsung returns to Wear OS with the Galaxy Watch 4

From a pure market share standpoint, Samsung has the clear upper hand here. And while building out its own version of Tizen hasn’t necessarily caught the world on fire, it has helped the electronic giant secure a solid second place. Clearly if the company was going to return to Google, it would need to do so on its own terms. 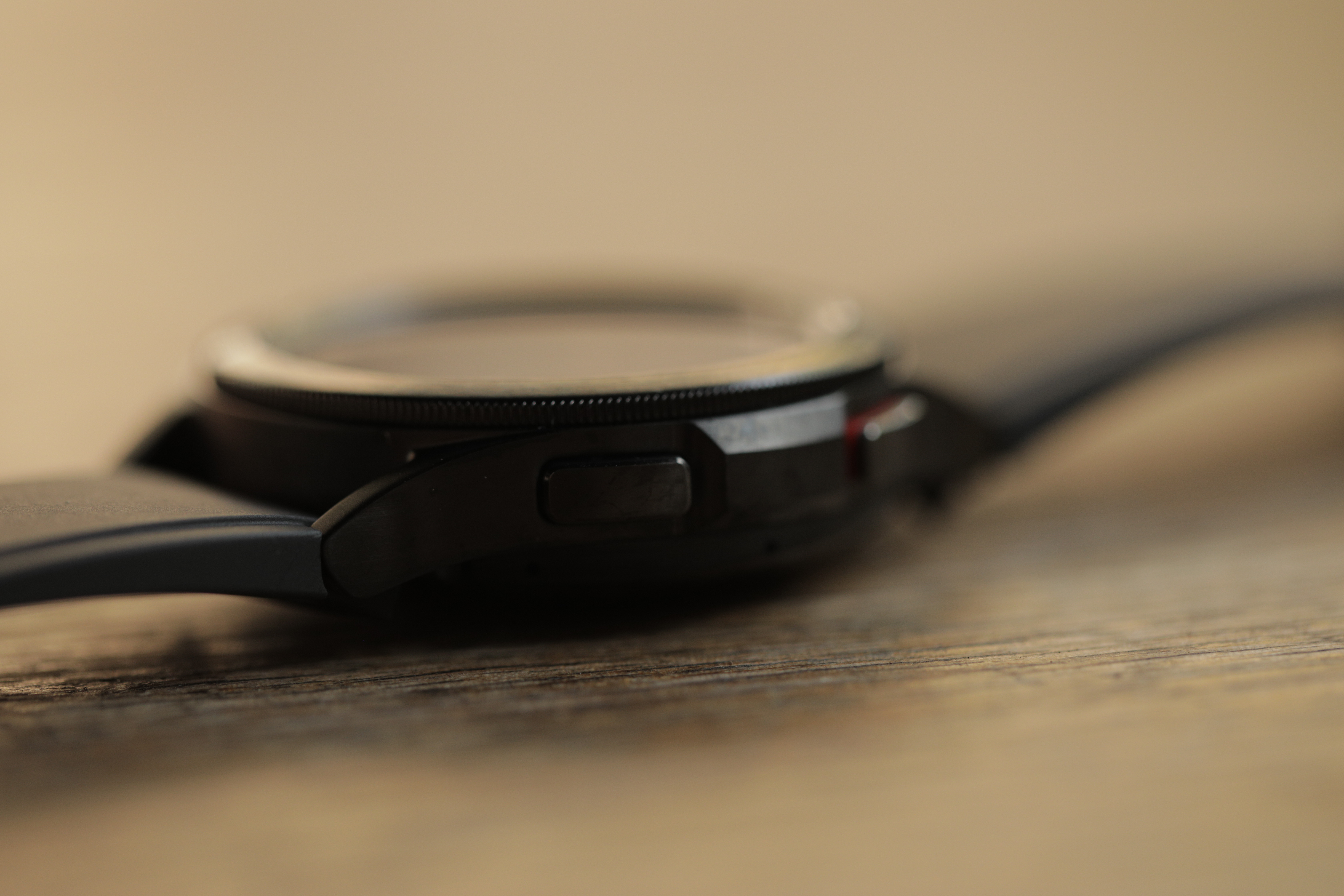 Following an announcement at Google I/O that the two companies were once again working together in the smartwatch category, Samsung finally unveiled the first fruit of that labor last week, in the form of the Galaxy Watch 4. The new wearable, available in both the standard and Classic form, runs “Wear OS Powered by Samsung.” What that means in practical terms is that Samsung worked closely with Google to build out a customized version of Wear OS — one that, effectively, looks, swims and quacks like Tizen.

It’s an effort to make a leap to a robust — if struggling — wearable OS ecosystem, without losing the familiarity of the experience Samsung spent years building out. And honestly, I’m here for it. The Samsung/Google team-up has done a fine job determining what works about their respective ecosystems and building out an experience that pulls from the best of both. It’s an ideal situation for Google, certainly, and one the company would no doubt benefit from by recruiting other big hardware makers — though none has anywhere near Samsung’s momentum in the category.

That’s coupled with several generations of hardware iteration and health improvements that go a long way toward making the Galaxy Watch 4 one of the few smartwatches that can truly go head to head with Apple. And like Apple, the new wearable is explicitly tied to the Samsung ecosystem — after all, even the other week was nothing if not an ecosystem play. 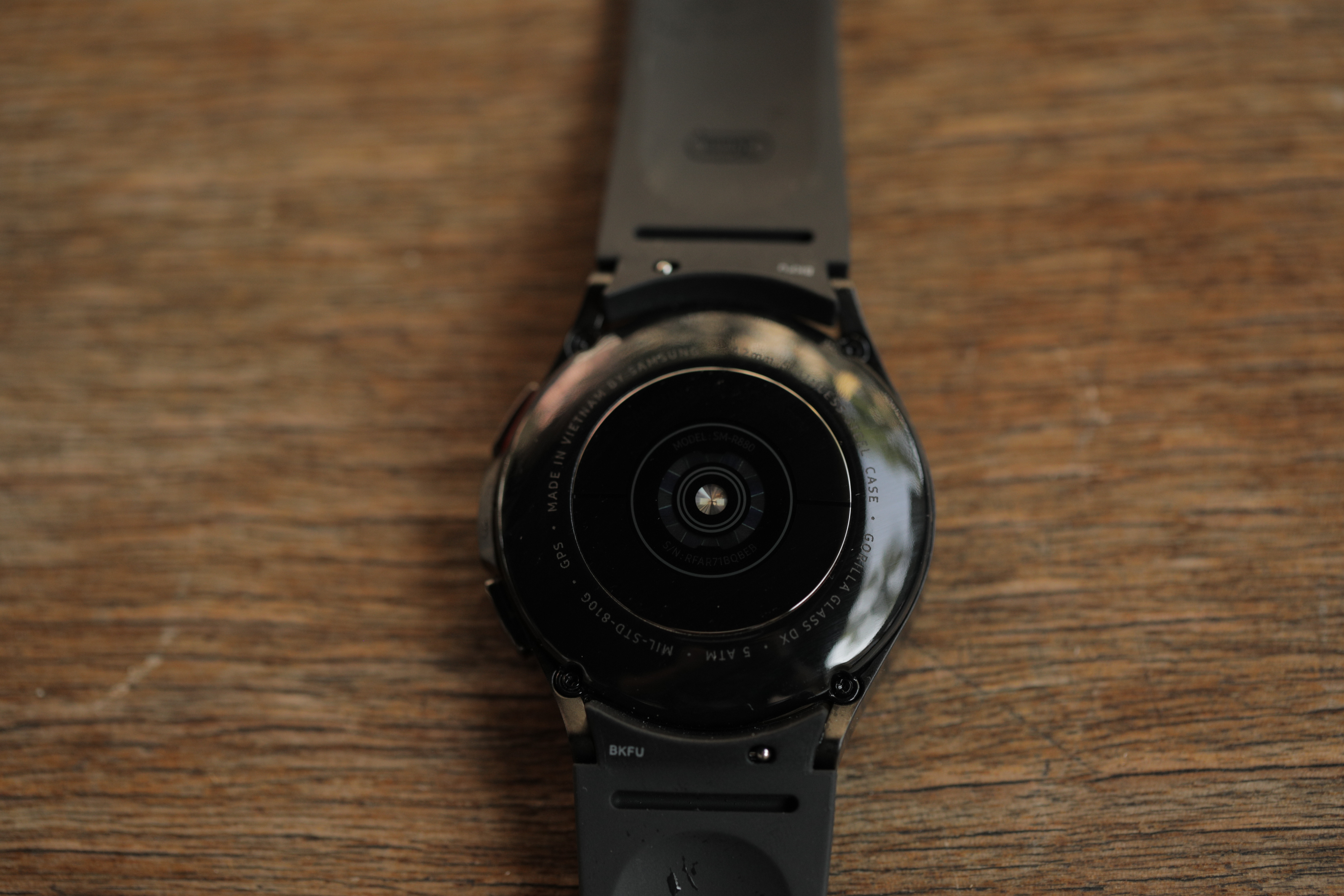 The new Galaxy Buds are arguably the best earbuds for a Samsung user, and the same can be said for the company’s solid new smartwatch. As much as the company is opening things up to third parties by way of Wear OS (fewer than Apple, but a step in the right direction), this is still decidedly a Samsung smartwatch that works best with first-party Samsung apps on Samsung’s mobile hardware. It’s the sort of gamble you can take when you’re the No. 1 smartphone maker in the world. Let the Huaweis, Garmins and Fitbits fight for the rest of the non-iOS market.

Now that I’ve typed that, I recognize that it’s not as straightforward as it sounded in my head. Basically it breaks down thusly: Galaxy Watch 4 = thinner, lighter, sportier. Galaxy Watch 4 Classic is a bit classier looking, trading the digital bezel for Samsung’s trademark rotating hardware bezel. 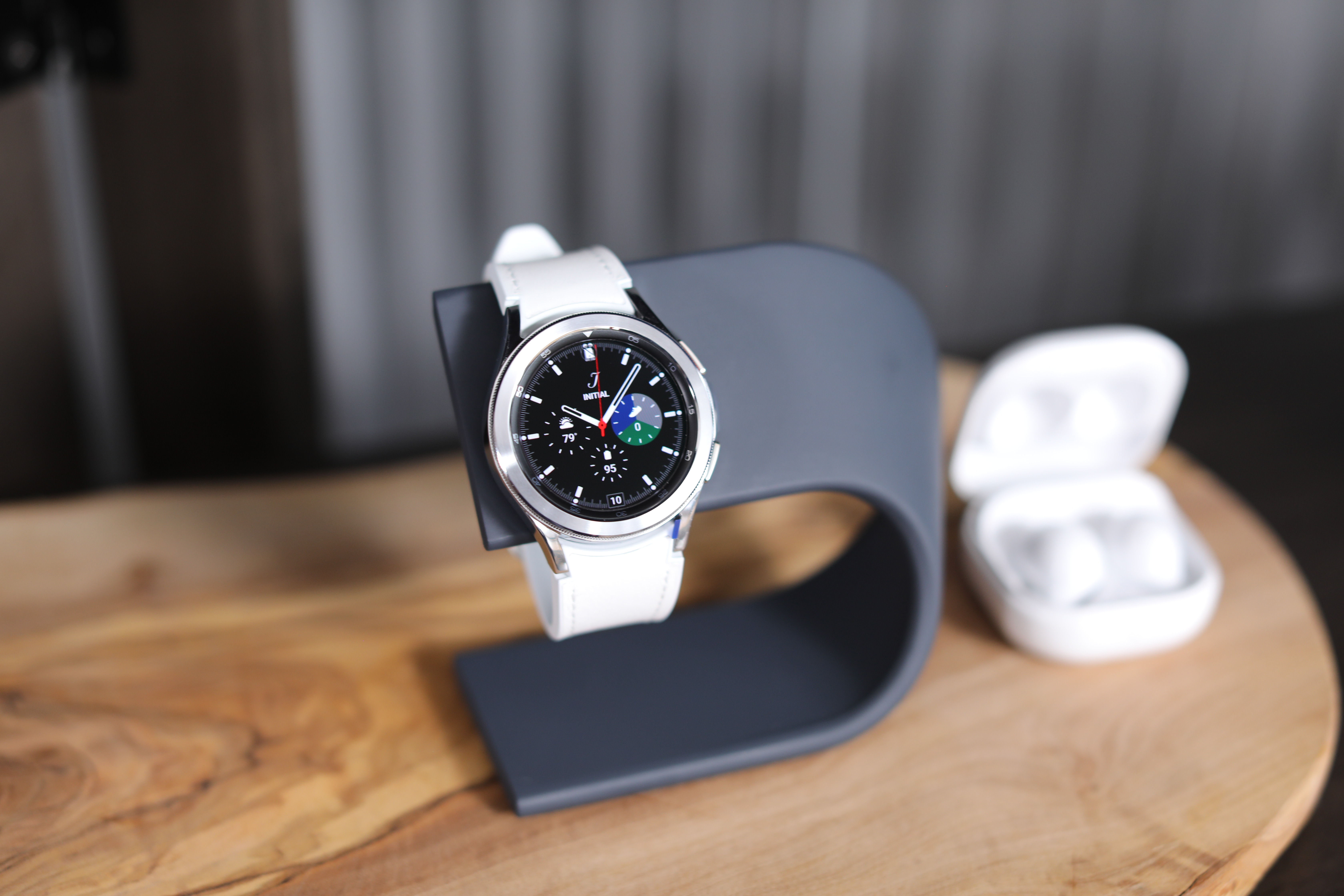 I’ve said it before and I’ll say again: The spinning bezel is Samsung’s ace in the hole. It’s the place where the company unequivocally has Apple beat in the smartwatch category. Apple’s crown is fine, but the bezel is currently the best way to navigate a smartwatch interface. I was, frankly, baffled when the company ditched it for the Galaxy Watch 2 in favor of a digital version. The company clearly thought better of it, bringing it back for the 3.

If you read my earlier review, you know my biggest sticking point with earlier Samsung watches was size. The things were giant. I’m not a small man, nor do I possess an abnormally small wrist, but even I had issues walking around with them on. Some people like big, clunky watches, but only making these devices available in the one size is severely limiting your potential audience right out of the gate.

Thankfully, you’ve got a number of choices here. The Galaxy Watch is available in 40mm and 44mm versions ($250 and $300, respectively), while the Classic comes in 42mm and 46mm ($350 and $380, respectively). You’re already talking about a pretty sizable premium for what mostly amounts to design differences. Add LTE onto the classic and you’re talking $379 and $429. Of course, that still compares favorably to the Apple Watch Series 6’s $399 starting price.

I opted to go somewhere in the middle, with the 42mm Galaxy Watch Classic. Having worn the device for several days now, I’m feeling pretty good about the choice. Given the design, I’m fairly certain the 46mm would have been too much watch for my day to day use. And certainly it would have been too large to attempt to sleep in.

I’m still curious how the 44mm version of the standard Watch would have fit, but if you’ve got the choice of rotating bezel, go for rotating bezel. A 40mm version of the Classic would be a nice option for users with smaller wrists looking for that functionality, but Samsung’s heading in the right direction here, with four distinct sizes. 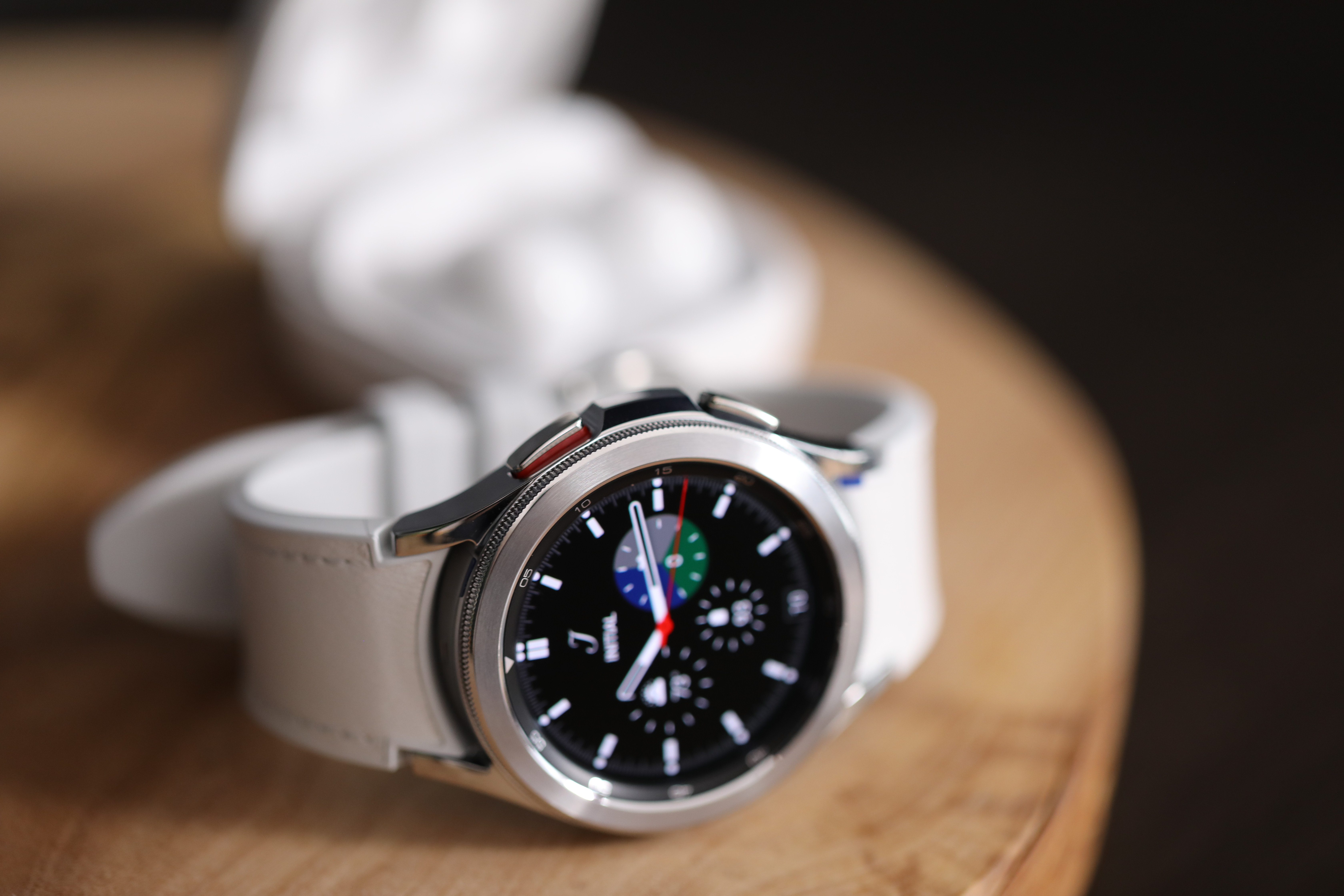 Like much of the competition, Samsung is leading with health offerings here. I’ve been trying to up my exercise game, a year and half into the pandemic, and the watch does a solid job with workout detection. It’s about on par with the Apple Watch, in terms of auto detecting walks and runs. I’ve gotten into the rowing machine at the gym of late, and it does a solid job there, as well. It understandably is considerably more difficult with my morning HIIT routines, and yoga was a wash, so you’re best starting those manually, unless you’re using one of the company’s connected routines.

Sleep tracking offers solid insight, including blood oxygen, light/deep/rem and total sleep score (hint, mine is low). If you’re able/willing to sleep with your phone near you, the app will also let you know how much time you’ve been snoring during the night. Taken together, the numbers can offer some good, actionable insight into your sleeping patterns. 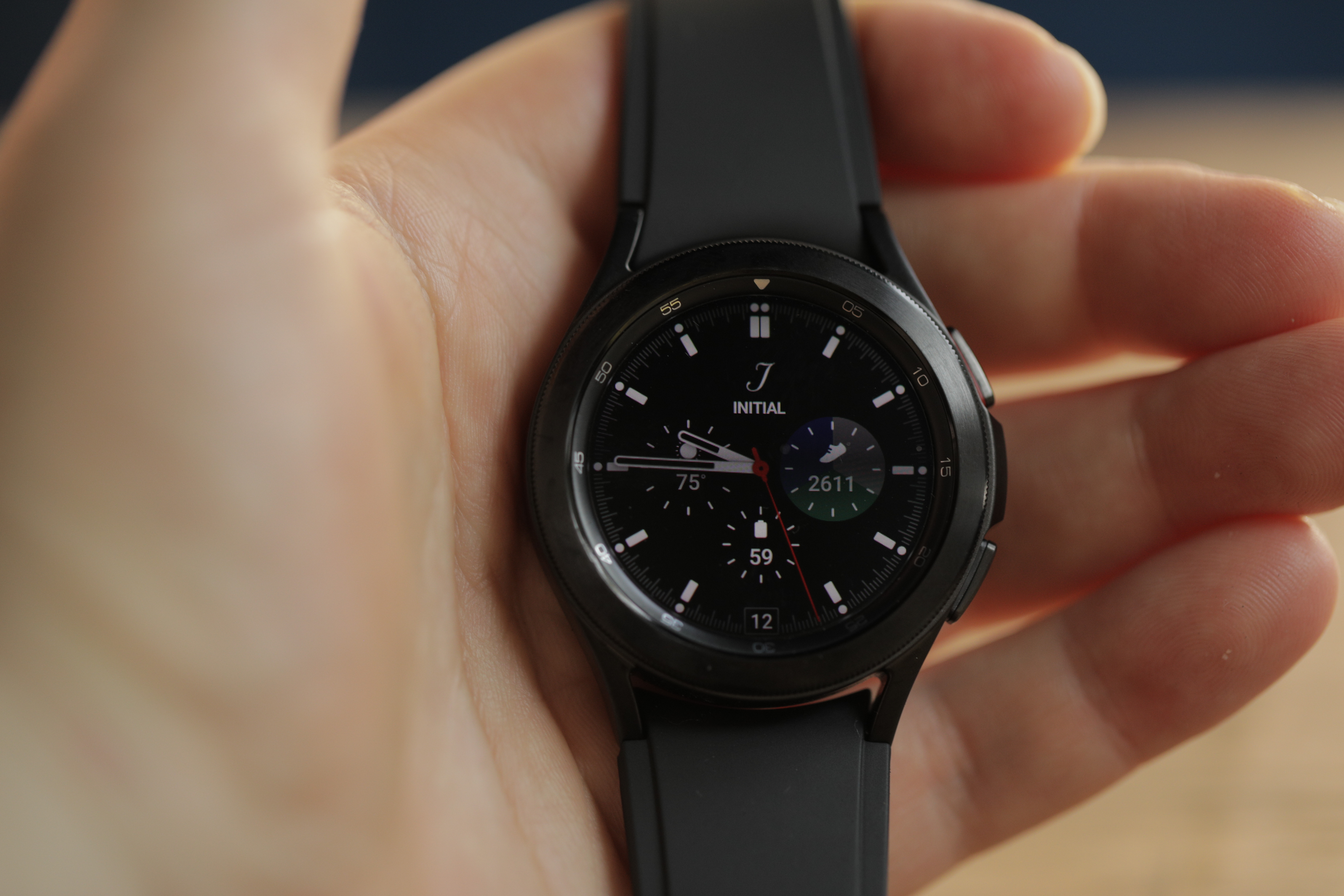 Of course, wearing a watch to sleep is not only a matter of comfort — it’s also a matter of battery life. The life on the Watch Classic is okay — I was able to go a day and a half of standard to light usage. That’s enough to do fitness and sleep tracking, assuming you can find some time in the morning or around lunch to charge it up again. Perfectly acceptable for most usage, but not really anything to write home about.

All of these elements add up to a solid smartwatch experience. The Galaxy Watch 4 is the best smartwatch for Samsung users, and there’s a strong case to be made for it being the best Android-compatible smartwatch, period.