Fintech startup Spendesk is announcing that it has raised an extension to its Series C round. Tiger Global is investing $114 million (€100 million) in the startup. Following today’s funding round, the company says that is has reached a valuation of more than $1.14 billion (more than €1 billion).

In other words, Spendesk is a new unicorn in the French tech ecosystem. Funding news has been accelerating over the last few months in France. In January alone, five startups announced that they have crossed the threshold to reach unicorn status — PayFit, Ankorstore, Qonto, Exotec and Spendesk.

Back Market, an e-commerce marketplace focused on refurbished smartphones and electronics devices, has also raised a mega round and reached a $5.7 billion valuation.

Let’s go back to Spendesk. The startup offers an all-in-one corporate spend management platform for medium companies in Europe. Originally focused on virtual cards for online payments, the company has expanded its product offering to tackle everything related to corporate spending.

Spendesk customers can order physical cards for employees, team members can use the platform to pay outstanding invoices, file expense reports, manage budgets and generate spending reports. By offering everything in a single service, Spendesk wants to simplify accounting and approvals in general so that money moves more freely.

The startup defines its platform as a “7-in-1 spend management solution”, meaning that Spendesk is no longer just a product that lets you order debit cards for your employees.

“We have had this goal since the beginning — we really want to become this platform, this operational system to manage your spending,” co-founder and CEO Rodolphe Ardant told me. “When we started working on the product, we looked at each use case and designed the right workflow for that.”

In particular, Spendesk helps you formalize your internal processes. You can define team budgets, set up complicated approval workflows for expensive payments, automate some pesky tasks, such as VAT extraction.

And the company currently has 3,500 clients — around half of them are based in France while other clients are mostly based in Germany and the U.K. Clients have spent €3 billion through Spendesk in 2021 alone.

With its central positioning in the financial stack, Spendesk needs to interface perfectly with other financial tools — banks on one side and ERP products on the other side.

The startup currently supports many of the popular accounting tools used by European companies, such as Xero and Datev. Spendesk customers can also export transaction batches and import them into Sage, Cegid and other accounting software solutions.

Spendesk is also working on automating the integrations with your bank accounts, which could be particularly useful for companies with multiple bank accounts. For instance, you could imagine setting up a rule that automatically triggers a transfer between your German bank account and your Spendesk account when you want to pay a German supplier. 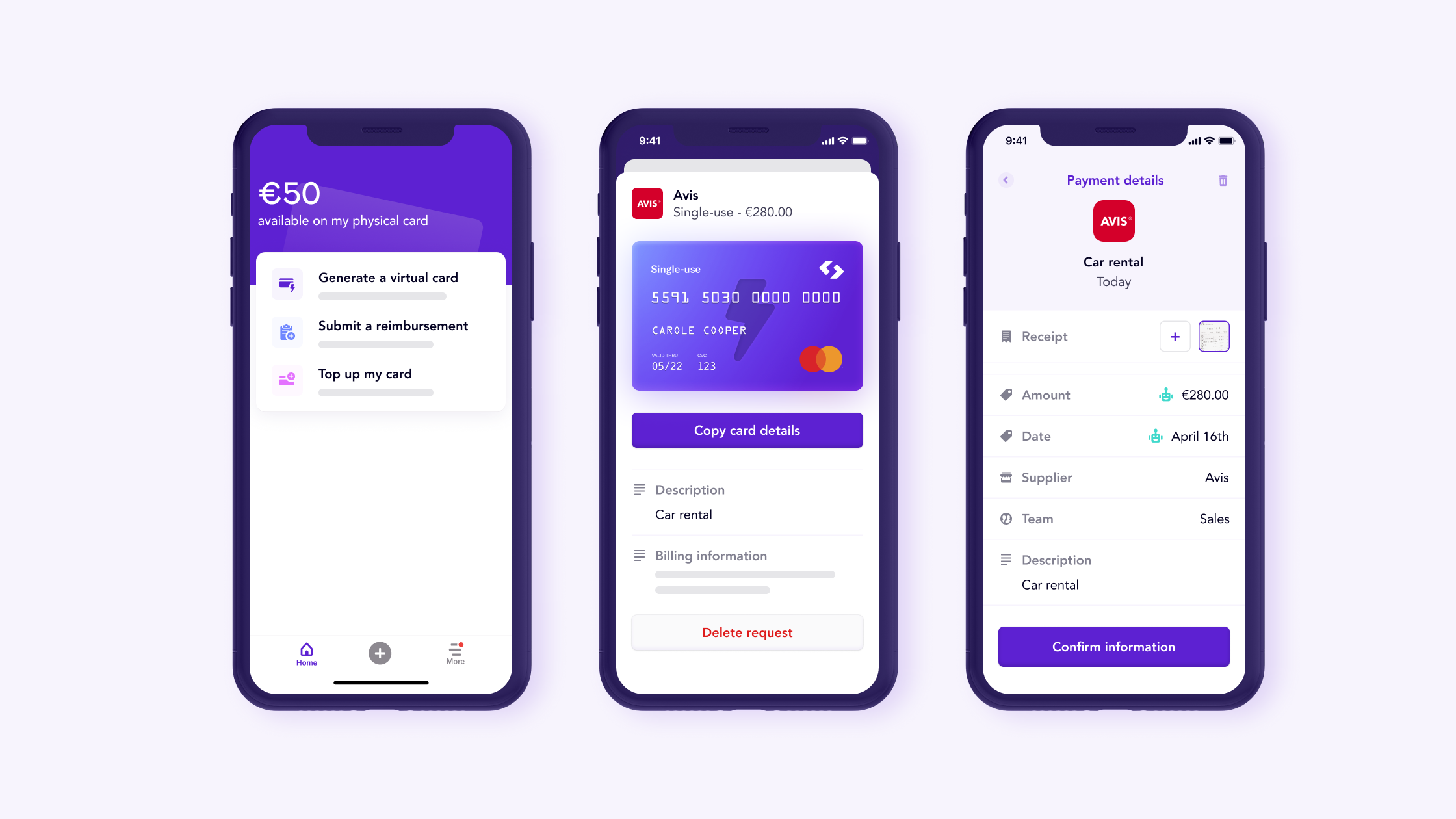 Spendesk isn’t the only spend management solution in Europe. There are some competitors, such as Pleo, which recently reached a $4.7 billion valuation, and Soldo — another well-funded competitor as it has raised $180 million last year.

In the U.S. as well, companies like Brex and Ramp have reached sky-high valuations. And yet, Spendesk doesn’t think it has the same positioning as American startups.

“On the American market, it shouldn’t be called the spend management industry — it’s the corporate card industry. Players like Brex and Ramp position themselves as a payment method,” Spendesk co-founder and CEO Rodolphe Ardant told me. “Europe’s corporate culture is a culture of debit — not credit. We don’t provide payment methods, we provide a process.”

It’s a slight difference in product positioning, so it’s going to be interesting to see if a European spend management startup can successfully enter the U.S. and vice versa.

When it comes to business model as well, Spendesk considers itself as a software-as-a-service company with recurring subscriptions. The startup didn’t want to share any hard numbers for its revenue. Its CEO just said that Spendesk’s revenue “more than doubles every year.”

With today’s funding round, Spendesk plans to triple the size of its team over the next two years. The company plans to have 1,000 employees by the end of 2023.