The app industry continues to grow, with a record number of downloads and consumer spending across both the iOS and Google Play stores combined in 2021, according to the latest year-end reports out this week. App Annie says global spending across iOS and Google Play is up to $135 billion in 2021, and that figure will likely be higher when its annual report, including third-party app stores in China, is released next year. Consumers also downloaded 10 billion more apps this year than in 2020, reaching nearly 140 billion in new installs, it found.

Apps aren’t just a way to pass idle hours — they’re also a big business. In 2019, mobile-first companies had a combined $544 billion valuation, 6.5x higher than those without a mobile focus. In 2020, investors poured $73 billion in capital into mobile companies — a figure that was up 27% year-over-year.

This Week in Apps offers a way to keep up with this fast-moving industry in one place with the latest from the world of apps, including news, updates, startup fundings, mergers and acquisitions, and suggestions about new apps and games to try, too.

Do you want This Week in Apps in your inbox every Saturday? Sign up here: techcrunch.com/newsletters

Instagram said it will begin testing a new feature that will allow users to select between three different feeds: the current algorithmically generated timeline as well as two new options, Favorites and Following, which are sorted chronologically. This is similar to the Recent & Favorites section that Facebook today offers — though that version is buried in the app’s More menu, making it difficult to access. It’s unclear how easy it will be to access Instagram’s new feed options — especially given the app’s growing clutter and strategic priorities. The latter even saw Instagram shifting its critical “post” button to an out-of-reach spot to give the prime real estate in the app’s navigation to Instagram’s Reels instead.

The feed changes were announced following a Senate hearing where Instagram head Adam Mosseri testified for the first time. The hearing had focused on the app’s teen safety track record but often branched into other areas, like user privacy, and to what extent users were being “manipulated by algorithms,” as one Senator put it. Mosseri had then responded by saying the company was developing a feature that would allow consumers to choose to view a chronological feed. In other words, it’s likely this “test” will soon evolve into a public-facing feature for all users, in order to deflect further pressure from Congress over the matter.

Although users have clamored for an option or full-on return to a chronological feed for some time, Instagram ignored those demands until now — when it’s a topic of legislative inquiry. That fact indicates the need for increased tech regulations as it proves companies won’t listen to user demands unless pressured to do so.

The South Korean government’s Game Management Committee in the Ministry of Culture, Sports, and Tourism (or GMC for short) has asked the major app stores to block any games that require an in-app purchase before users play. The games, which have become popular in the crypto industry, often require that players first purchase game pieces as NFT. Players can then compete for in-game rewards and prizes, giving them the name “play-to-earn” (or P2E). The GMC said it asked the app stores to remove the existing P2E games on the market and block the release of new ones.

The changes follow other difficulties for these types of games in South Korea, which have been battling in the courts to get age ratings required to be listed in the domestic app stores. The government limits in-game rewards to 10,000 Korean won (~$8.40), but some of the games’ cashouts exceed that figure but were being listed anyway — which would technically be illegal.

The government views this genre of gaming as a money-making scheme and is now taking a harsher stance to get them removed from the app stores and out of kids’ hands, in particular. In addition to penalizing games themselves, the new restrictions may impact other titles associated with games in this genre, like those tied to games like Axie Infinity and Splinterlands. 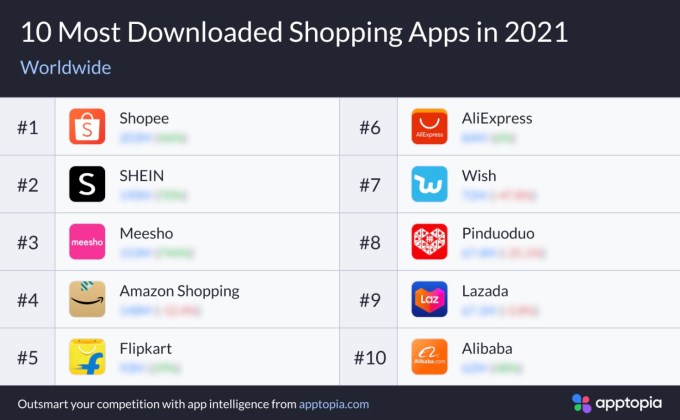 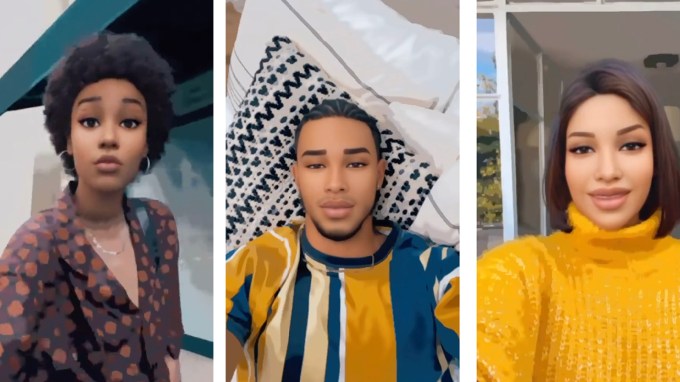 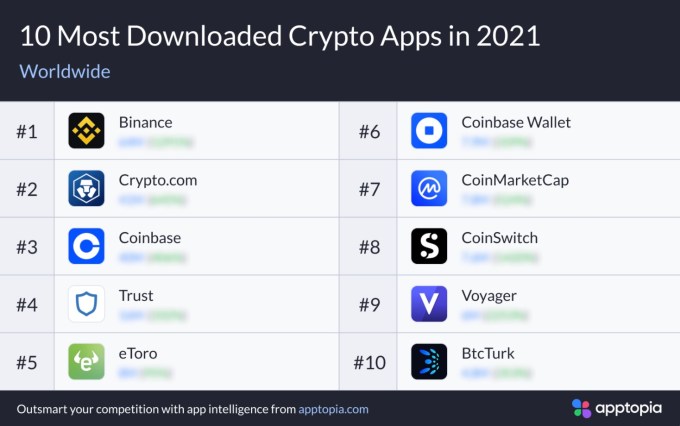 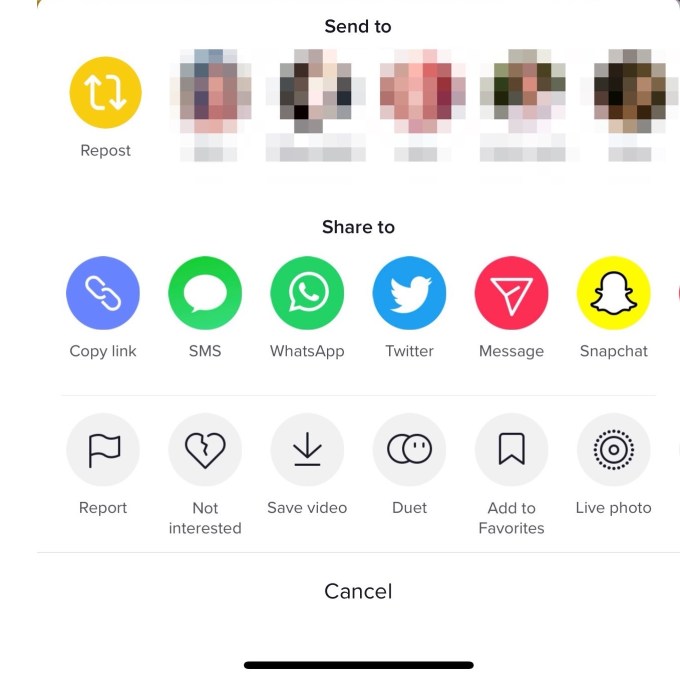 Twitter completed the sale of MoPub to AppLovin for $1.05 billion. The deal was first announced in October 2021, following Twitter’s reveal of its plan to double its revenue by 2023 to reach $7.5 billion or more. Twitter said it aims to redirect more resources toward performance-based ads, SMBs and commerce.

Pediatric mental health app Little Otter raised $22 million to scale its service providing treatment to kids and families. The round was led by CRV and brings the company’s total raise to date to $26.7 million.

Indian hyperlocal delivery startup Dunzo raised $240 million in funding led by Reliance Retail. Its $200 million investment will give it a 25.8% stake in the six-year-old startup that now operates in seven cities in India.

Emotional wellness app Mine’d raised $3.5 million in a seed round led by Listen Ventures. The app offers interactive and short-form live and on-demand classes on a variety of topics like dating, breakups, career and purpose. The six-month-old app now has a community of over 100,000 users and 1 million videos.

Delivery Hero is acquiring a majority stake in Spanish delivery company Glovo. The deal, announced on December 31, 2021, will allow Delivery Hero to acquire an additional 39.4% on top of its existing 44% stake.

Prune-based mobile-first credit card company OneCard raised $75 million in a new round led by existing investor QED, valuing the business at $722 million, post-money. That’s up 4x from the valuation in the company’s Series B round in April 2021. OneCard is offered in 12 cities, including Mumbai, Delhi, NCR and Bengaluru.

Fintech Ant Money, a micro-income startup, raised $20 million in funding (a mix of previously unannounced seed and Series A capital) and acquired Blast, a startup offering financial tools for gamers, via a stock-for-stock merger. The funding was led by Franklin Templeton’s Franklin Venture Partners. The startup declined to share the acquisition price for Blast.

Indian neobank Jupiter raised $86 million in Series C funding to launch new lending and wealth management services. QED and Sequoia Capital India co-led the round, valuing the startup at $711 million, up from $300 million in August 2021. 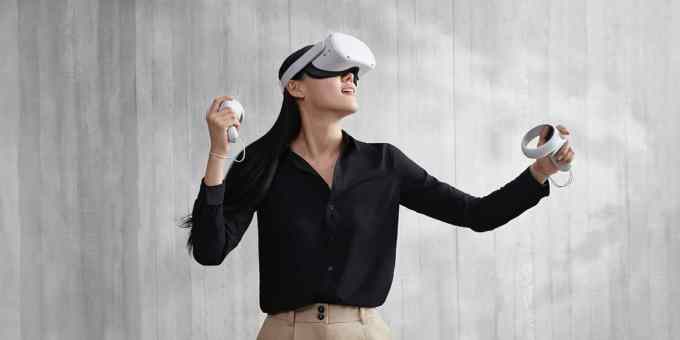 Consumers worldwide downloaded Meta’s Oculus app, the mobile companion for Oculus VR devices including the Quest 2, roughly 2 million times globally since Christmas Day, according to new data from third-party app intelligence firms Apptopia and Sensor Tower. Already, there had been some indication that the Quest 2 was a popular holiday gift after the Oculus app shot to the top of the Apple App Store for the first time ever on Christmas Day and became the most popular free app on Google Play in the U.S., as well.

During the week of Christmas in the U.S. (December 23-29), adoption of the Oculus app jumped up by 517% week-over-week to reach 1.5 million installs, Sensor Tower’s data indicates.

In the week that followed, the firm saw those installs drop 77% to 345,000 from December 30 through January 5, but this figure is still higher than the week before Christmas 2021 by 42%. And it’s likely that these more recent downloads still include those who recently received a new Oculus device for the holidays, but hadn’t gotten around to setting it up yet.

While the U.S. accounted for the majority of the post-Christmas installs, app intelligence firms estimate that, in total, the app has seen around 2 million global installs from Christmas Day through the present across the App Store and Google Play combined.