The right-wing gets deplatformed

Last weekend, Google and Apple removed Parler from their respective app stores, the latter after first giving the app 24 hours to come up with a new moderation strategy to address the threats of violence and illegal activity taking place on the app in the wake of the Capitol riot. When Parler failed to take adequate measures, the app was pulled down.

What happened afterwards was unprecedented. All of Parler’s technology backend services providers pulled support for Parler, too, including Amazon AWS (which has led to a lawsuit), Stripe and even Okta, which Parler was only using as a free trial. Other vendors also refused to do business with the app, potentially ending its ability to operate for good.

But although Parler is down, its data lives on. Several efforts have been made to archive Parler data for posterity — and for tipping off the FBI. Gizmodo made a map using the GPS data of 70,000 Parler posts. Another effort, Y’all Qaeda, is also using location data to map videos from Parler to locations around the Capitol building.

These visualizations are possible because the data itself was quickly archived by internet archivist @donk_enby before Parler was taken down, and because Parler stored rich metadata with each user’s post. That means each user’s precise location was recorded when they uploaded their photos and videos to the app.

It’s a gold mine for investigators and a further indication of the privilege these rioters believed they had to avoid prosecution or the extent to which they were willing to throw their life away for their cause — the false reality painted for them by Trump, his allies and other outlets that repeated the “big lie” until they truly believed only a revolution could save our democracy.

The deplatforming of President Trump

The move to kick Parler offline followed the broader deplatforming of Trump, who’s accused of inciting the violence, in part by his refusal to concede and his continued lies about a “rigged election.” As a result, Trump has been deplatformed across social platforms like Twitter, Facebook, Instagram, TikTok, Twitch, YouTube, Reddit, Discord and Snapchat, while e-commerce platform Shopify kicked out Trump merch shops and PayPal refused to process transactions for some groups of Trump supporters.

Parler was the most high-profile app used by the Capitol rioters, but others found themselves compromised by the same crowd. Walkie-talkie app Zello, for instance, was used by some insurrectionists during the January 6 riot to communicate. Telegram, meanwhile, recently had to block dozens of hardcore hate channels that were threatening violence, including those led by Nazis (which were reported for years with no action by the company, some claim).

Now, many in the radical right are moving to new platforms outside of the mainstream. Immediately following the Capitol riot, MeWe, CloutHub and other privacy-focused rivals to big tech began topping the app stores, alongside the privacy-focused messengers Signal and Telegram. YouTube alternative Rumble also gained ground due to recent events. Right-wingers even mistakenly downloaded the wrong “Parlor” app and a local newspaper app they thought was the uncensored social network Gab. (They’re not always the brightest bulbs.)

This could soon prove to be another difficult situation for the platforms to address, as we already came across highly concerning posts distributed on MeWe, which had used extreme hate speech or threatened violence. MeWe claims it moderates its content, but its recent growth to now 15 million users may be making that difficult — especially since it’s inheriting the former Parler users, including the radical far-right. The company has not been able to properly moderate the content, which may make it the next to be gone.

The full report examines other key trends across social, gaming, finance, e-commerce, video and streaming, mobile food ordering, business apps, edtech and much more. We pulled out some highlights here, such as TikTok’s chart-topping year by downloads, the rise in livestreamed and social shopping, consumers spending 40{0ab330907ab55d1d247a5e46cbfc213f668b37838ccb2fc637c3c0da5f4ad964} more time streaming on mobile YoY and other key trends.

Sensor Tower also released its own annual report, which specifically explored the impact of COVID-19; the growth in business apps, led by Zoom; mobile gaming; and the slow recovery of travel apps, among other things.

Though not “apps” news per se, it’s worth making note of what’s next in the Android ecosystem of high-end devices. This week was Samsung’s Unpacked press event, where the company revealed its latest flagship devices and other products. The big news was Samsung’s three new phones and their now lower prices: the glass-backed Galaxy S21 ($799) and S21 Plus ($999), and the S21 Ultra ($1,199), which is S Pen compatible.

The now more streamlined camera systems are the key feature of the new phones, and include:

The devices support UWB and there’s a wild AI-powered photo feature that lets you tap to remove people from the background of your photos. (How well it works is TBD). Other software imaging updates allow you to pull stills from 8K shooting, better image stabilization and a new “Vlogger view” for shooting from front and back cameras as the same time. 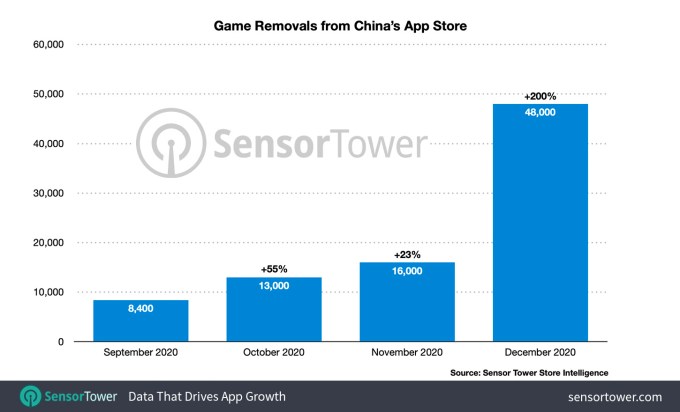 Funding and M&A (and IPOs)

COVID has cancelled concerts, which required Bandsintown to pivot from helping people find shows to attend to a new subscription service for live music. The company this week launched Bandsintown Plus, a $9.99 per month pass that gives users access to more than 25 concerts per month. The shows offered are exclusive to the platform, and not available on other sites like YouTube, Twitch, Apple Music or Spotify. 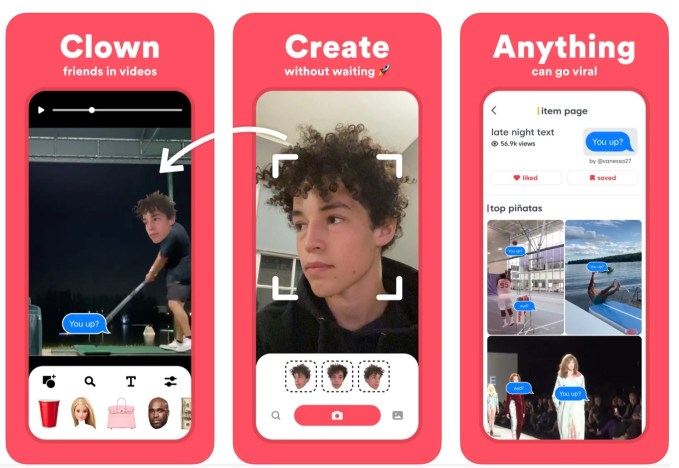 This new social video app lets you put anyone or anything into an existing video to make humorous video memes. The computer vision-powered app lets you do things like crop out a head from a photo, for example, or use thousands of in-app items to add to your existing video. The resulting creations can be shared in the app, privately through messaging or out to other social platforms. Available on iOS only. 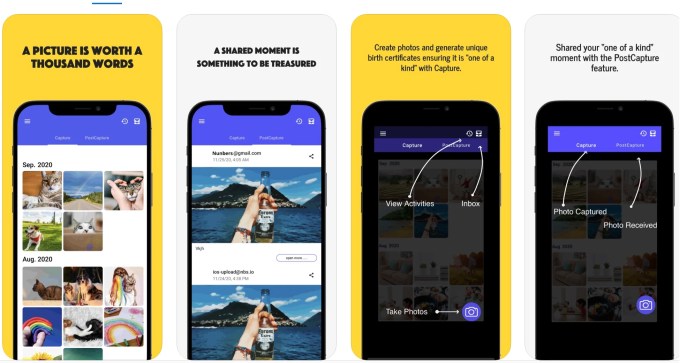 This new blockchain camera app, reviewed here on TechCrunch, uses tech commercialized by the Taiwan-based startup, Numbers Protocol. The app secures the metadata associated with photos you take on the blockchain, also allowing users to adjust privacy settings if they don’t want to share a precise location. Any subsequent changes to the photo are then traced and recorded. Use cases for the technology include journalism (plus combating fake news), as well as a way for photographers to assure their photos are attributed correctly. The app is available on the App Store and Google Play. 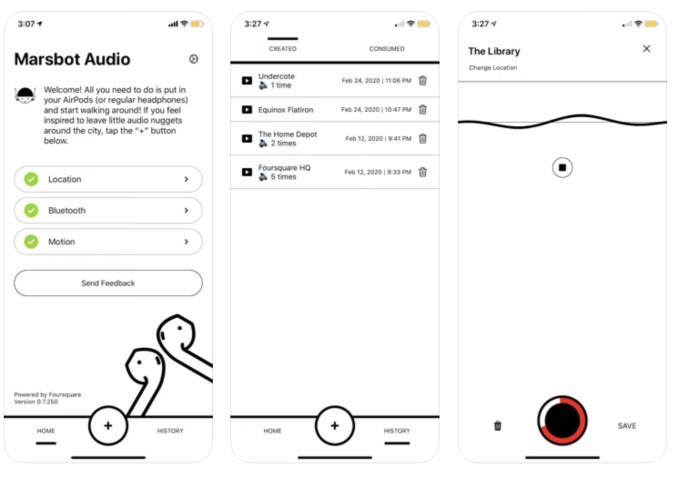 A new experiment from Foursquare Labs, Marsbot, offers an audio guide to your city. As you walk or bike around, the app gives you running commentary about the places around you using data from Foursquare, other content providers and snippets from other app users. The app is also optimized for AirPods, making it iOS-only.

Loupe is a new app that modernizes sports card collecting. The app allows users to participate in daily box breaks, host their own livestreams with chats, collect alongside fellow collectors and purchase new sports card singles, packs and boxes when they hit the market, among other things. The app is available on iOS.