The Station is a weekly newsletter dedicated to all things transportation. Sign up here — just click The Station — to receive it every Saturday in your inbox.

Welcome back to The Station, a newsletter dedicated to all the present and future ways people and packages move from Point A to Point B.

What.A.Week. Shall we dig in?

Email me anytime at [email protected] to share thoughts, criticisms, offer up opinions or tips. You can also send a direct message to me at Twitter — @kirstenkorosec.

Transportation on the ballot

Election Day turned into Election Week as the presidential race tightened and the world waited to see if President Trump would remain in office or if Joe Biden would become the 46th leader of the country.

On Saturday morning, AP, Fox News and every other major news outlets called the race, naming Joe Biden president-elect. The ballot counts will still continue and eventually lead to each state’s Electoral College electors formally casting their votes for president and vice president on December 14, as dictated by our election process.

Assuming Biden is sworn in as the next president of the United States, transportation will likely not be his first area of focus. However, it will be interesting to see how his personal experience of losing his first wife and daughter in a car crash, views on climate change and love for Corvettes as well as Amtrak might shape federal transportation policy. The country has deep infrastructure needs, a rail service in crisis and an emerging tech sector focused on commercializing automated vehicle technology.

Election Day was, of course, about more than Trump and Biden. Ballots throughout the U.S. contained dozens of transportation-related measures, including public transit funding, a car owner’s right to repair and whether gig economy workers should be classified as employees or independent contractors.

Prop 22, the California ballot measure, might have been the most visible campaign thanks to the tens of millions of dollars that Uber, Lyft and other gig worker-reliant companies contributed to help garner support and get it passed. Voters approved Prop 22, which means that gig workers will continue to be classified as independent workers. Companies that use gig workers will be required to provide an earnings guarantee of at least 120{0ab330907ab55d1d247a5e46cbfc213f668b37838ccb2fc637c3c0da5f4ad964} of minimum wage, 30 cents per engaged miles for expenses, a healthcare stipend, occupational accident insurance for on-the-job injuries, protection against discrimination and sexual harassment and automobile accident and liability insurance.

Fresh off of its success on Election Day, Uber signaled that it will continue to push laws similar to the Prop 22. The ride-hailing company’s ambitions for laws that preserve its business model are global. Uber CEO Dara Khosrowshahi said Thursday during an earnings call with analysts that the company will “more loudly advocate for laws like Prop 22.” He later added that it will be a priority of the company “to work with governments across the U.S. and the world to make this a reality.”

There were at other transportation-related measures that were decided by voters in California, Georgia, Massachusetts, Michigan Oregon and Washington. Of the 19 measures related to public transit, 15 passed, two failed and one in Gwinnett County, Georgia is still “too close to call.” The Center for Transportation Excellence created a handy spreadsheet tracking Election 2020 ballot measures related to public transit. 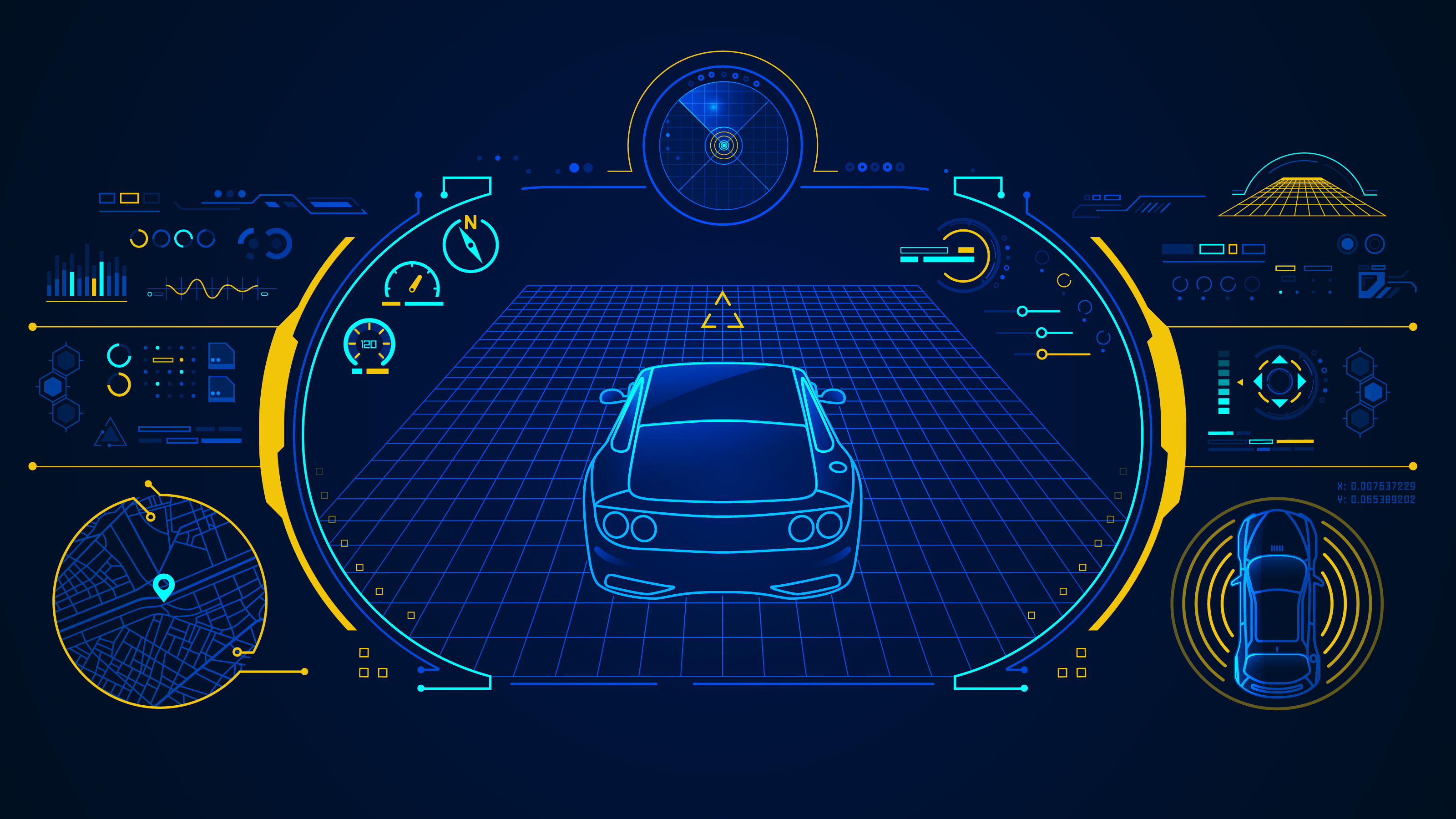 Finally, another ballot measure, which received a lot of attention and lobbying dollars, was Question 1 in Massachusetts. The ballot measure, which was approved by 75{0ab330907ab55d1d247a5e46cbfc213f668b37838ccb2fc637c3c0da5f4ad964} of voters, amends and broadens a law that gives consumers in Massachusetts the right to repair the vehicles they own.

Automakers that sell vehicles with telematics systems in Massachusetts will now have to equip them with a standardized open data platform beginning with model year 2022. This standardized open data platform has to give vehicle owners and independent repair facilities direct access and the ability to retrieve mechanical data and run diagnostics through a mobile-based application.

Importantly, this measure covers the data that telematics systems collect and wirelessly transmit. And it not only gives access to the mechanical data, it allows owners and independent mechanics to send commands to the vehicle for repair, maintenance and diagnostic testing.

Deal of the week

Transportation isn’t just about the movement between places; it’s also about the less active moments like parking. Which brings us to one eye-popping deal this week.

REEF Technology, the Miami-based company that started its life as ParkJockey, raked in $700 million from a group of investors that included Softbank and Mubadala Corp.

REEF provides hardware, software and management services for parking lots. But it more recently added other services such as providing infrastructure for cloud kitchens, healthcare clinics, logistics and last-mile delivery and even brick-and-mortar retail and experiential consumer spaces.

The company said that the money will be used to scale from 4,800 locations to 10,000 new locations around the country and to transform the parking lots into “neighborhood hubs,” according to Ari Ojalvo, the company’s co-founder and chief executive. Private equity and financial investment giants Oaktree, UBS Asset Management and the European venture capital firm Target Global also participated in the round.

As TechCrunch’s Jonathan Shieber noted in his coverage of the REEF round, like WeWork, REEF leases most of the real estate it operates and upgrades it before leasing it to other occupants (or using the spaces itself). Unlike WeWork, the business actually has a fair shot at working out — especially given business trends that have accelerated in response to the health and safety measures implemented to stop the spread of the COVID-19 pandemic.

Other deals that got my attention …

ANOTHER LIDAR SPAC! Aeva is the latest company to eschew the traditional IPO path and go public via a merger with a special purpose acquisition company. It’s also the third lidar company, following Velodyne and Luminar, to take this route to the public markets.

Aeva is a Mountain View, California-based lidar company started by two former Apple engineers and backed by Porsche SE. The company announced it was merging with special purpose acquisition company InterPrivate Acquisition Corp., with a post-deal market valuation of $2.1 billion. The deal with InterPrivate is expected to close by early 2021.

Logisly, a Jakarta-based startup that describes itself as a “B2B tech-enabled logistics platform,” announced today it has raised $6 million in Series A funding to help streamline logistics in Indonesia. The round was led by Monk’s Hill Ventures.

Marshmallow, a UK startup aiming to take on legacy insurance giants with a new approach to determining risk, raised $30 million in a Series A round. The company has a post-fundraising valuation of $310 million.

Pony.ai, the autonomous vehicle company that operates in California and China, is now valued at $5.3 billion following a fresh injection of $267 million in funding. The round was led by TIP, an innovation fund within the Ontario Teachers’ Pension Plan Board that focuses on late-stage venture and growth equity investments in companies that deliver disruptive technology. Existing partners Fidelity China Special Situations PLC, 5Y Capital (formerly Morningside Venture Capital), ClearVue Partners and Eight Roads also participated in the round.

Provizio, which developed a sensory platform it says can perceive, predict and prevent car accidents in real time and beyond the line-of-sight, closed a seed investment round of $6.2 million. Bobby Hambrick, the founder of Autonomous Stuff, the founders of Movidius, the European Innovation Council (EIC) and ACT Venture Capital participated in the round.

Scale AI, a startup that uses software and people to process and label image, lidar and map data for companies building machine learning algorithms such as Toyota and Zoox, is on the brink of becoming a company valued $3 billion, The Information reported. The company founded and led by 230year-old Alexandr Wang reportedly received an offer of investment from Tiger Global Management valuing Scale at $3.2 billion pre-money, or triple its prior valuation.

Notable reads and other tidbits

All the other stuff you should know about …

Amazon has started operations at its first European Amazon Air hub, based out of the Leipzig/Halle Airport in Germany. The new facility spans 20,000 square meters and will host two Amazon-branded Boeing 737-800 aircraft, bringing the company’s total operational air fleet to more than 70 aircraft.

Bentley Motors has begun its long farewell to the 12-cylinder combustion engines that have been the cornerstone of the 100-year-old company. The ultra luxury automaker under VW Group said it will only produce plug-in hybrid and all-electric cars starting in 2026 with an aim to drop all combustion engines in the next decade. Its entire lineup will be all-electric by 2030. The British manufacturer said two plug-in hybrid models will come out next year and its first all-electric vehicle will come to market in 2025.

GM is starting to hire people for more than 1,100 new jobs for its nearly 3 million-square-foot Ultium Cells LLC battery cell manufacturing facility in Lordstown, Ohio. Ultium Cells LLC is a joint venture with LG Chem that will mass-produce Ultium battery cells for electric vehicles. The plant is still under construction, but GM said it will begin actively hiring for “key positions.”

Uber reported earnings this week. As Alex Wilhelm and I wrote, the company’s two core segments were a tale of two cities: Uber’s ride-hailing (Mobility) business shrank, but made money, while Uber’s food delivery (Delivery) business grew, but continued to lose money.